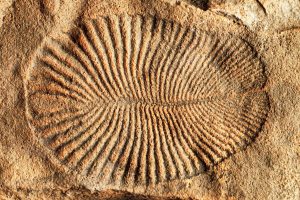 Researchers have discovered three fossils of the earliest known living animal, the 550-million-year-old ‘Dickinsonia’ on the roof of the Bhimbetka Rock Shelters.