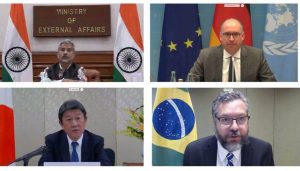 Foreign Ministers from the Group of 4 (G4), consisting of India, Brazil, Japan and Germany, participated in a virtual meeting. 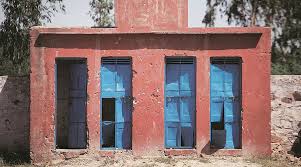 The Comptroller and Auditor General of India (CAG) has flagged irregularities in the construction of toilets in schools by Central Public Sector Enterprises (CPSEs) in an audit report tabled before Parliament. 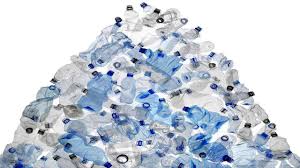 The Ministry of Chemicals & Fertilizers has approved setting up of 10 Plastic Parks in the country.

Features of the Scheme: 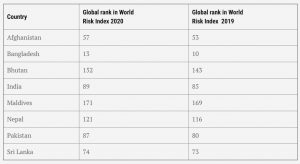 World Risk Index (WRI) 2020, India is ‘poorly prepared’ to deal with ‘climate reality’, due to which it is vulnerable to extreme natural disasters.

The Indian and the Australian navies are undertaking Passage Exercise or PASSEX exercises on September 23-24 in the Indian Ocean.

2.Railways has planned for 100 per cent electrification of its broad gauge routes by 2023. This was stated by the Railway Minister Piyush Goyal in a written reply in the Rajya Sabha.

3.The Lok Sabha adjourned sine die recently in what is being termed one of the shortest sessions in India’s parliamentary history, but which was packed with 25 Bills.

5.The Centre retained in the Consolidated Fund of India (CFI) more than ₹1.1 lakh crore out of the almost ₹2.75 lakh crore collected in 2018-19 through various cesses, instead of transferring the receipts to the specified Reserve Funds that Parliament had approved for such levies, the Comptroller and Auditor General (CAG) of India observed in a report.

11.China has renewed its support for the Paris Agreement at the United Nations (UN) General Assembly, while calling for a ‘green focus’ as the world recovers from the Covid-19 crisis.

12.Parliament has passed the Bilateral Netting of Qualified Financial Contracts Bill, 2020 with Rajya Sabha approving it.

13.Over 450 long-finned pilot whales have died in Australia’s largest recorded mass-stranding event. The whales were beached at a remote beach in Tasmania’s west coast.Beaching/Stranding Events:

13.World Maritime Day 2020 observed on 24 September under the Theme “Sustainable Shipping for a Sustainable Planet.”