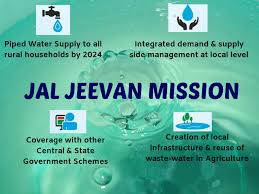 Following institutional arrangement has been proposed:

Out of 17.87 Crore rural households in the country, about 14.6 Crore which accounts for 81.67% are yet to have household water tap connections. 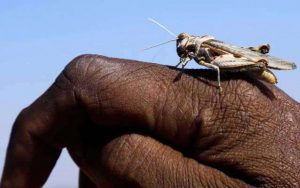 Gujarat is under attack from hoppers new-born locusts that have flown across the international border. As the swarms mature, they have ravaged farms in north Gujarat, devastating farms in the three border districts, Banaskantha, Patan and Kutch.

These ten Governance Sectors are measured on a total of 50 indicators. The states and UTs are divided into three groups: 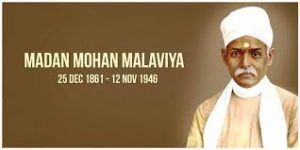 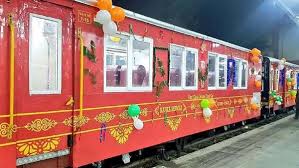 The Indian Railways has started a seven coach glass-enclosed vista dome train (Him Darshan Express) on the heritage Kalka-Shimla route. The train will provide passengers a panoramic view of the hilly region.

6. Free Wi-Fi to all villages: 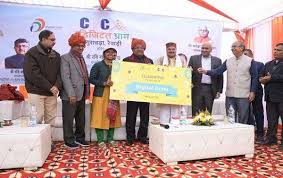 Communication and IT Minister Ravi Shankar Prasad has said that free WiFi services will be provided to all villages across the country through Bharatnet till March next year. 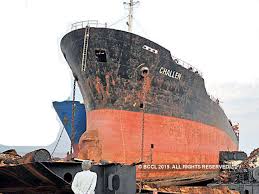 The Recycling of Ships Act has come into force with President Ram Nath Kovind giving assent to the law which provides for safe and environmentally sound recycling of ships.

Key features of the bill:

8. Stamps released to commemorate the contribution of Directorate of Revenue Intelligence:

Union Finance Minister Smt. Nirmala Sitaraman released postage stamps to commemorate the services of the Directorate of Revenue Intelligence (DRI) in order to protect the nation.

DRI is the chief anti-smuggling intelligence agency in the country. The agency works in securing smuggling of contraband such as narcotics, gold, firearms.

9. India’s first Transgender University to come up in UP: 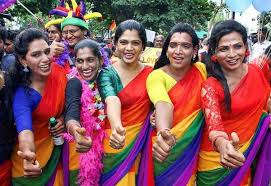 The university is being built by Akhil Bhartiya Kinnar Siksha Seva Trust (All-India transgender education service trust). The university will facilitate its members to study right from class 1 to Post Graduate (PG) and even do research and get a Ph.D. degree. 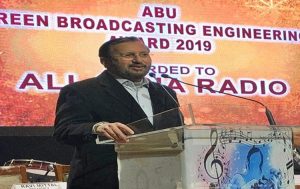 Centre government is planning to revamp ‘All India Radio’ officially known as ‘Akashvani’ by introducing Digital Radio in India by 2024 when the country will be technologically-equipped for it.

About All India Radio (AIR):

AIR was established in 1936 and is officially known as Akashvani since 1956. It is the national public radio broadcaster of India and is a division of Prasar Bharati, which is India’s largest public broadcasting agency. 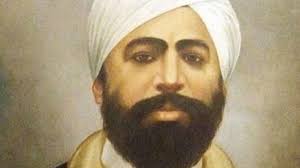 The nation is paying homage to great revolutionary, Shaheed Udham Singh, a well-known freedom fighter from Punjab on his 120th birth anniversary is celebrated on 26 December 2019.

1. The Epigraphy Branch of the Archaeological Survey of India (ASI) has discovered the earliest epigraphic evidence so far for the Saptamatrika cult. It is also the earliest Sanskrit inscription to have been discovered in South India as on date.

2. A national strategy for suicide prevention is under discussion at the Ministry of Health and Family Welfare

3. Intersex individuals and rights organizations have sought a national ban on unnecessary medical surgeries conducted on children with intersex traits and appealed to the Union government to protect their human rights.

Intersex refers to people born with biological or physical characteristics that are more diverse than stereotypical male or female bodies.

5. State-owned power giant NTPC Ltd. is planning to add 10 GW (gigawatt) of solar energy generation capacity by 2022. The project would entail an investment of around Rs.50,000 crore which will be funded mainly by green bonds. NTPC’s plans to add 10GW solar energy capacity assume significance in view of the country’s ambitious target of having 175GW of clean energy by 2022.

6. The Pakistan government decided to import Polio markers from India recently. The Government had suspended the trade with New Delhi for months after the abrogation of Article 370. The polio markers are used to mark the fingers of the children after they are vaccinated with vaccines that are approved by the WHO.

There are three countries in the world where Polio is still endemic. It includes Pakistan, Nigeria, and Afghanistan.

7. CSMT gets ‘Eat Right’ station certificate: Iconic Chhatrapati Shivaji Maharaj Terminus (CSMT) railway station in Mumbai has been conferred with ‘Eat Right Station’ certification with the five-star rating by the Food Safety and Standards Authority of India (FSSAI) for food safety and hygiene. The CSMT is the first station on the Central Railway to get this certification.

8. Former Miss World Manushi Chhillar has been voted the Sexiest Vegetarian Personality by American animal rights organization PETA (People for the Ethical Treatment of Animals). Manushi is a strong advocate for vegetarianism and has expressed her views on the subject even on global platforms.

9. Former Indian captain MS Dhoni has been named captain of Cricket Australia’s (CA) ODI team of the decade. CA announced the ODI team of the year and the line-up features three Indian players.

13. The annular solar eclipse the last one for the decade began at 7:59 this morning.