1. Accidental Deaths and Suicides in India: 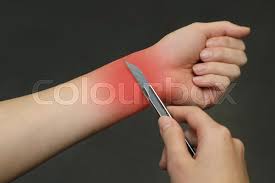 The Human Resource Development Ministry tabled data on student suicide in Parliament. The Ministry sourced its data from ‘Accidental Deaths and Suicides in India’, which is based on data provided by the states and Union Territories.

2. Notification providing the rules and prescribed format for filing complaints with the Lokpal.: The Department of Personnel and Training has issued a notification providing the rules and prescribed format for filing complaints with the Lokpal. The Vice President of India asked the Railway Ministry for the early introduction of passenger services on Obulavaripalli – Krishnapatnam rail line in Andhra Pradesh. The Indian Navy has postponed its multi-nation mega naval exercise ‘MILAN’ due to the continuing spread of the coronavirus. To make the business of running trains more viable for private operators in the future, the government has decided to delink the cost of energy consumed by the private trains from the overall haulage charges payable to Railways. The Punjab and Haryana High Court has declared Sukhna lake (Chandigarh) as a living entity recently. The Janaushadhi week is being celebrated across the country from 1st March to 7th March 2020. Germany has witnessing twin far-right problems growing street violence by extremists against minorities and immigrants and the rapid political rise of the far-right party Alternative for Germany (Alternative für Deutschland or AfD), which has normalized to an extent anti-immigrant rhetoric in the country’s political discourse. The President of India conferred the 61st annual Lalit Kala Akademi Awards on 15 meritorious artists at a function held at Rashtrapati Bhavan on 4th March 2020. Finance Minister Nirmala Sitaraman introduced a bill in Parliament to amend banking regulation law to regulate cooperative banks. It aims to prevent fraud as that seen at Punjab and Maharashtra Cooperative Banks (PMC).

Key Features of the Amendment

1. The Council of Scientific and Industrial Research (CSIR)-National Physical Laboratory has developed a bi-luminescent security ink that glows in red and green colors when illuminated by two different excitation sources.

2. Jack Welch, who grew General Electric Co. during the 1980s and 1990s into the most valuable public company in the United States, has died at age of 84

4. NASA (National Aeronautics and Space Administration) reported that Nitrous Oxide pollution in China has declined greatly between January and February 2020.

5. the World Bank announced 12 billion USD to assist countries that are grappling with the economic impacts of coronavirus. The virus has reached 60 countries so far.

7. The United Nations Human Rights Commission moved to the Supreme Court on the matter of the Citizenship Amendment Act (CAA). The commission has filed a case challenging CAA.

8. A Rajya Sabha Member of the ruling party replied about the financial assistance being provided to the Kaziranga National Park, Assam

9. Luxembourg in Europe has become the first country to make all forms of public transport free. It is the second smallest country in the European Union.

10. The Agricultural and Processed Food Export Development Authority (APEDA) has signed Memorandum of Understandings with IIT Delhi, Quality Council of India (QCI) and Indian Chamber of Food and Agriculture (ICFA).

11. The Union Ministry of Tribal Affairs recently constituted a committee under NC Saxena, a former member of the Planning Commission of India.

15. BharatPe has signed up 11 Indian cricket players as brand endorsers