1. The grand temple at Rama Janmabhoomi in Ayodhya will follow the Nagara style of temple architecture: 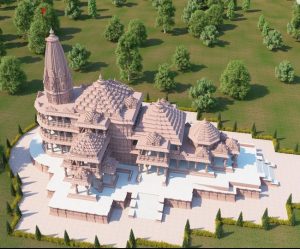 The Nagara style of temple architecture is found in northern India. 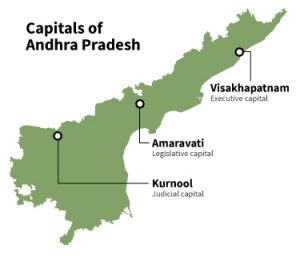 The Andhra Pradesh high court has stayed the notifications issued by the YSR Congress government on the formation of three capitals for the state till August 14. 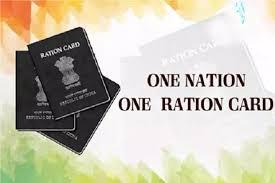 Recently, Manipur, Nagaland, and Uttarakhand, along with the Union Territory (UT) of Jammu and Kashmir have been integrated with the One Nation-One Ration Card (ONORC) Scheme.

Recently, the government has expanded its Emergency Credit Line Guarantee Scheme (ECLGS) to cover loans given to larger firms as well as to self-employed people and professionals who have taken loans for business purposes.

3. As the Barakah Nuclear Plant’s 1st Unit got operational, UAE became the first country in the Arab World to produce nuclear energy.

4. Over 120 countries around the world are celebrating the week-long World Breastfeeding Week. The theme of this year is to support breastfeeding for a healthier planet and taking precautionary measures in light of the global pandemic.

5. The Jawaharlal Nehru University (JNU) has received a funding of ₹455.02 crore for the construction of new academic buildings, hostels, and research centers, among others, under the Union ministry of human resources development (MHRD)’s higher education funding agency (HEFA).

6. United Nations has released its policy brief on the pandemic’s impact on education.

7. Researchers have claimed that vitamin D deficiency can negatively affect Covid-19 high-risk patients, particularly those who are diabetic, have heart conditions, pneumonia, obesity, and those who smoke.

8. According to a recent study published in Nature Microbiology, the novel coronavirus (SARS-CoV-2) has been circulating unnoticed in bats for decades.

10. The Thenzawl Golf Resort Project in Mizoram has been virtually inaugurated.