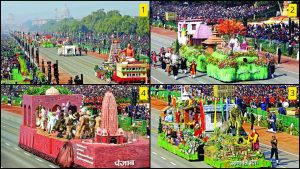 The government has selected 22 tableaux (Jhanki) proposals: 6 by central government departments and ministries and 16 by states and Union Territories (UTs) on the Republic Day parade in 2020.

A total of 32 states and UTs, and 24 ministries and departments had sent their tableau proposals for the Republic Day 2020 parade. 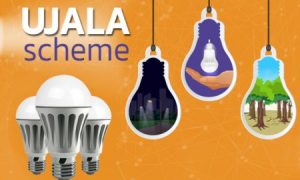 Unnat Jyoti by Affordable LEDs for All

Through the UJALA initiative, over 36.13 crores LED bulbs have been distributed across India. This has resulted in an estimated energy savings of 46.92 billion kWh per year, avoided peak demand of 9,394 MW, and estimated greenhouse gas (GHG) emission reduction of 38 million tons of CO2 annually. 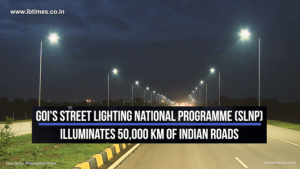 Under the SLNP programme, over 1.03 crore smart LED streetlights have been installed till date, enabling an estimated energy savings of 6.97 billion kWh per year with an avoided peak demand of 1,161 MW and an estimated greenhouse gas (GHG) emission reduction of 4.80 million tons CO2 annually. 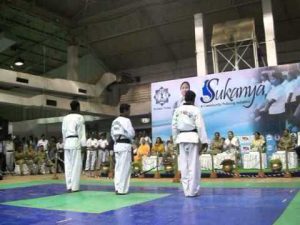 Kolkata Police started the third edition of its ‘Sukanya’ project at 100 city-based schools and colleges situated in Kolkata Police jurisdiction. 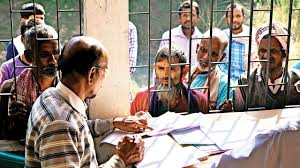 The ethnic communities of Assam are opposing to include non-tribal communities in the group of Khilonjia (also known as indigenous) people of the state.

8. Drosophila conference: To be held in India for the first time: 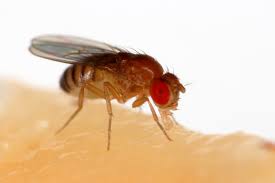 The fifth edition of the Asia Pacific Drosophila Research Conference (APDRC5) commenced at Pune on January 6 for a period of five days.

Drosophila is derived from the Greek word drósos which means dew loving. These belong to the Droso–Aphididae family and are most frequently known as fruit flies or vinegar, wine or pomace flies. 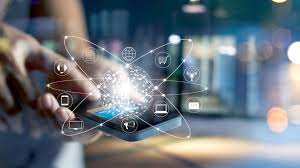 During the 107th Indian Science Congress, head of the Climate Change Programme under the Department of Science and Technology spoke about the Centre’s policy on implementing scientific social responsibility (SSR). 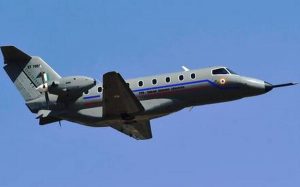 Maharashtra has become the first state in the country to integrate its land records with the web portal of the Pradhan Mantri Fasal Bima Yojana (PMFBY). This will help in checking the cases of “over-insurance” insurance of more land than in possession as well as insurance of ineligible people. 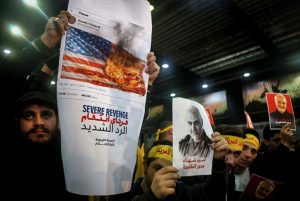 What was the Iran nuclear deal (JCPOA)? 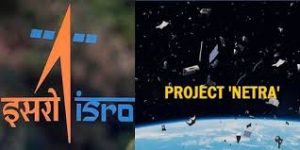 Indian Space Research Organisation has inked a pact with Indian Institute of Astrophysics (IIA) to pave the way for collaboration in establishing optical telescope facilities under Project ‘NETRA’ for tracking space objects.

What is Project NETRA (Network for space object Tracking and Analysis)? 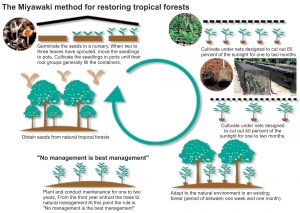 The Miyawaki method of afforestation is to come upon the government office premises, residential complexes, school premises, and puramboke land in Kerala.

What is Miyawaki method? 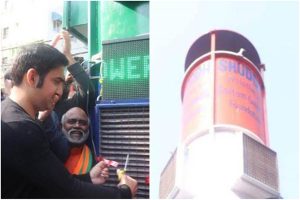 Delhi gets its first smog tower, In November, the Supreme Court had directed the Centre and the Delhi government to prepare a plan to install ‘smog towers’ across the capital to deal with air pollution.

An employment tribunal in the United Kingdom has ruled that “ethical veganism” is a philosophical belief protected by British law against discrimination.

There are two types of ethical veganism:

There is also an ethical omnivorism, which permits the use of some animal products and may restrict the use of others based on some ethical criterion, say the authors of the Food Ethics paper.

The BEE operating under Ministry of Power develop strategies and policies with the primary objective of reduction in energy usage. According to BEE, the total air conditioner capacity of India is 80 million tonnes of refrigeration. It is estimated that this will increase to 250 million by 2030.

2. The National Stock Exchange (NSE) knowledge Hub was inaugurated in New Delhi. The hub will assist insurance, banking and financial services. The hub has adopted the latest technology of Artificial Intelligence.

3. The Indian Army will sign MoU with Russia to procure AK-203 assault rifles. According to the deal, around 1 lakh rifles are to be received directly from Russia and the rest will be manufactured in India.

4. The Marine Ecosystems-Challenges and Opportunities (MECOS), the third international symposium is to be held in Kochi. The symposium is conducted by the Marine Biological Association of India between January 7, 2020, and January 10, 2020.

5. National Pension Scheme for traders: Not as successful as expected:

6. According to the recent census at the Bhitarkanika National Park, the population of saltwater (or estuarine) crocodiles have increased to 1,757 as compared to 1,742 in 2018.

7. Chinese paddlefish found in the Yangtze declared extinct: It is native to the Yangtze, Asia’s longest river.

8. Bibi Ka Maqbara: It is a tomb located in Aurangabad, Maharashtra.

12. On January 05, 2020, the Women Science Congress was inaugurated at the ongoing Indian Science Congress in Bengaluru.DRDO Aeronautical Systems Director General Dr.Tessy Thomas who is known as Missile Woman of India graced the occasion as the Chief Guest.

13. Bihar’s Bhagalpur forest division is to inaugurate a first-of-its-kind rehabilitation centre for freshwater turtles in January 2020.

15. Navigation facilities for visually impaired were inaugurated at Chandigarh railway station in Punjab on 5 January 2020. This facility has been introduced by the Indian Railway Stations Development Corporation through Bengaluru-based NGO Anuprayaas. Chandigarh is the fifth Railway station in the country and first in North India to have this facility. Benefit: This move aims to help visually impaired passengers to know about the passenger amenities at the Chandigarh Railway Station.

17. The 11th biennial edition of DefExpo India- 2020 is to be held from 5-8 February 2020 in Lucknow, Uttar Pradesh. The preparations were reviewed by the Defence Minister Rajnath Singh on 5 January 2020. It is expected to be the largest exhibition for the world’s defence companies to display their land, sea and air capabilities at a single exhibition.

18. India has ranked 34th in the Travel & Tourism Competitiveness Index (TTCI) of the World Economic Forum for the year 2019.