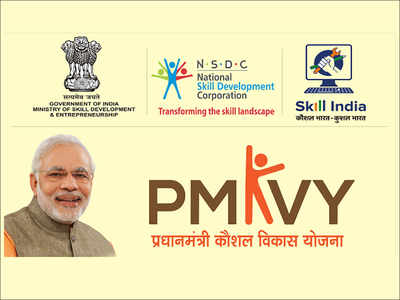 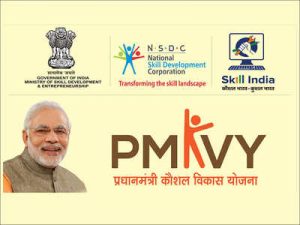 PMKVY (Pradhan Mantri Kaushal Vikas Yojana) is a skill development initiative scheme of the Government of India for recognition and standardization of skills. It is a flagship program of the Ministry of Skill Development and Entrepreneurship (MSDE). National Skill Development Corporation (NSDC) implements it with the help of training partners.

It aims to mobilize youth to take up skill training with the aim of increasing productivity and aligning the training and certification to the needs of the country.

Under this Scheme, Training and Assessment fees are completely paid by the Government. Skill training would be done based on the National Skill Qualification Framework (NSQF) and industry-led standards.

Individuals with prior learning experience or skills will also be assessed and certified under the Recognition of Prior Learning (RPL) component of the Scheme. RPL mainly focuses on the individuals engaged in unregulated sectors.

The objectives of RPL are primarily three-fold:

(i) to align the competencies of the un-regulated the workforce of the country to the standardized National Skills Qualification Framework (NSQF),

(iii) to provide opportunities for reducing inequalities based on privileging certain forms of knowledge over others. 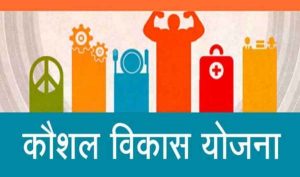 The aim of the PMKVY scheme is to encourage aptitude towards employable skills and to increase the working efficiency of probable and existing daily wage earners, by giving monetary awards and rewards and by providing quality training to them.

NSDC had a target of skilling/upskilling 15 crore people by the year 2022. Also note that the new scheme, PMKVY is implemented by NSDC.

Steering Committee for PMKVY, constituted by MSDE will approve the process manual, provide broad policy directions and periodically monitor the performance of the Scheme.

The committee will oversee dynamic fixation of targets for skilling, job role-wise training cost, activities related to awareness building and trainee mobilization, and mentorship support, among other things

The scheme is applicable to any candidate of Indian nationality who:

Any other criteria as defined by the Sector Skill Councils for respective job roles.

College students should not be allowed or enrolled under PMKVY as the Scheme focuses on school/college dropouts. Additionally, in case of corporates or factory premises, candidates cannot be their own employees or daily wager

PMKVY will follow complete transparent funding of skill training without any intermediaries and payouts will be directly transferred to the stakeholders’ accounts.

The new technologies to be covered under the widened PMKVY may include artificial intelligence, internet of things, big data, 3D printing, virtual reality, and robotics. This is in sync with Prime Minister Narendra Modi’s vision of making India the skill capital of the world.

Third phase of the scheme:

The government is planning to launch the third phase of its flagship Pradhan Mantri Kaushal Vikas Yojana (PMKVY) in the next financial year, Minister of Skill Development and Entrepreneurship Mahendra Nath Pandey has said. The government launched the PMKVY scheme in 2015 and revamped it in 2016 to impart skills to one crore persons by 2020.

A third initiative is special projects, which provide skill-oriented training in specialized areas and jobs such as in prisons, juvenile centers. Some of these also include training with employment guarantee with textile associations and mortgage firms.