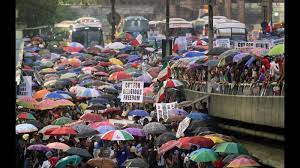 The 2021 Report on International Religious Freedom (IRF) was released by the US Department of State.

Highlights of the Report