60th Anniversary Of The Antarctic Treaty: 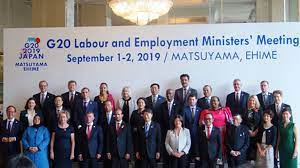 The 60th anniversary of the Antarctic Treaty was celebrated.