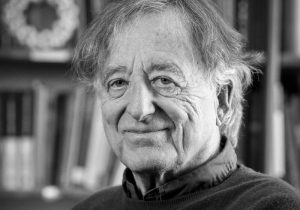 It has been awarded to Professor Dennis Parnell Sullivan.