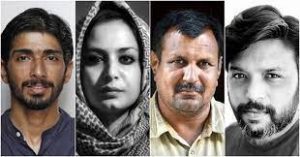 A team of four Indian photographers from Reuters news agency — slain photojournalist Danish Siddiqui, Adnan Abidi, Sanna Irshad Mattoo and Amit Dave — have won the 2022 Pulitzer Prize for feature photography for their coverage of the Covid-19 crisis in India.

Indians who have previously won the Pulitzer