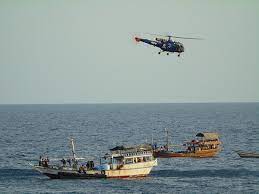 Government has come up with Anti-Maritime Piracy Bill 2019 will bring the UN Convention on the Law of the Sea into domestic law and enable Indian authorities to take action against piracy on the high seas.

Need for the bill:

Provisions in the Bill: