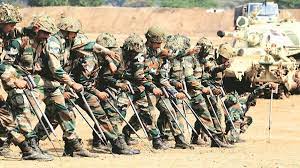 The bilateral training exercise “AUSTRA HIND 22” between contingents of the Indian Army and the Australian Army is scheduled to take place at Mahajan Field Firing Ranges (Rajasthan).