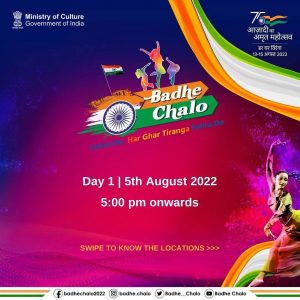 Ministry of Culture has launched the ‘Badhe Chalo Campaing’, with the aim of connecting with youth of India and infuse a deep sense of patriotism among them.