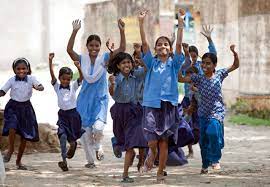 The Sikkim government is set to announce a scheme (Bahini) to install vending machines to provide free sanitary pads.