Ballavpur Wildlife Sanctuary : Decline In The Number Of Migratory Birds 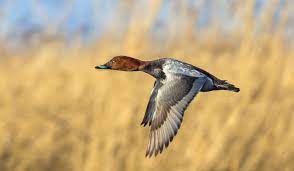