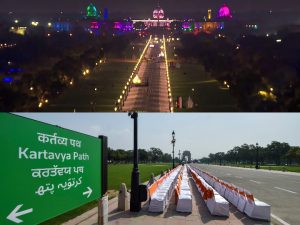 The Prime Minister inaugurated the ‘Kartavya Path’ and unveiled the statue of Netaji Subhas Chandra Bose at India Gate.