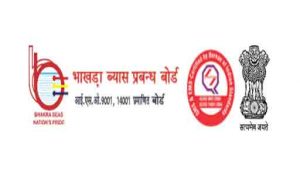 The Union Power Ministry has made an amendment to the rules governing the appointment of Member Power and Member Irrigation on Bhakra Beas Management Board (BBMB) from Punjab and Haryana, respectively, thereby removing the stipulation that these two appointments need to be filled from the two states only.

The Bhakra-Nangal dam is one of the earliest river valley development schemes undertaken after the independence of India.