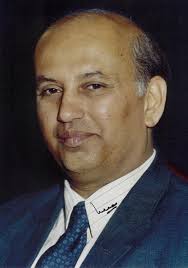 Google is celebrating the 89th birthday of renowned Indian professor and scientist Udupi Ramachandra Rao, remembered by many as “India’s Satellite Man.” The doodle features a sketch of Professor Rao with a background of the Earth and shooting stars.