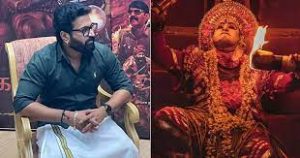 The recent Kannada movie Kantara opens up a controversy relates to the origins of Bhoota Kola, an annual ritual performance where local spirits or deities are worshipped.