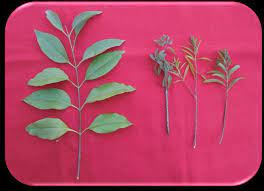 Sandalwood spike disease (SSD) has recently started spreading to private fields where the cultivation of sandalwood has been taken up on a commercial basis.