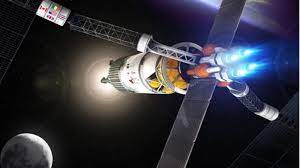 As part of the NASA Innovative Advanced Concepts (NIAC) program for 2023, NASA selected a bimodal nuclear propulsion concept for Phase I development which could reduce transit times to Mars to just 45 days.