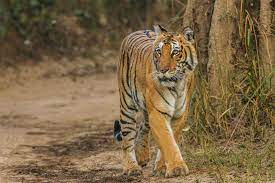 An increase in the forest density and the big cat prey base, especially deer, had attracted a Royal Bengal tiger, a first such sighting in 23 years, to the Buxa Tiger reserve