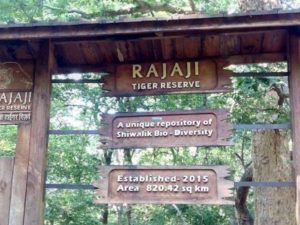 A Supreme Court-appointed committee has questioned relaxations given for the upgrade of a 4.7-km road (Laldhang-Chillarkhal road) in the buffer zone of Rajaji Tiger Reserve and sought replies from the Centre and Uttarakhand government.

Core and Buffer Area of a Tiger Reserve: