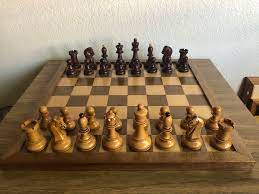 For the first time, this year, India is also going to host the Chess Olympiad games.