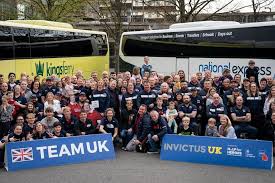 The 2022 edition of the Invictus Games opened on April 16 night in The Hague, Netherlands, where Prince Harry paid tribute to the Ukrainian team. The Games are scheduled to run until April 22.