Children And Digital Dumpsites: WHO Report: 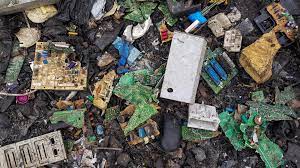 The World Health Organization (WHO) in its recent report “Children and Digital Dumpsites” has underlined the risk that children working in informal processing are facing due to discarded electronic devices or e-waste.