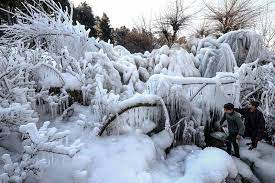 Kashmir is in a deep freeze as the 40-day harshest spell of winter, locally called ‘chillai kalan’, started on December 21, 2021, with the minimum temperature already sub-zero in the entire Valley.