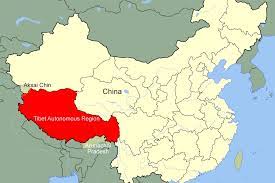 U.S. Special Coordinator on Tibet Uzra Zeya met with the ‘Sikyong’ or leader of the self-styled Central Tibetan Administration Penpa Tsering and other officials and representatives of the Tibetan community on a public visit to Dharamshala (Himachal Pradesh).