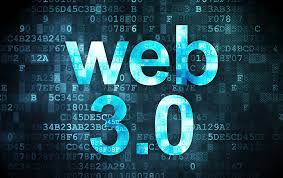 The concept of Web3, also called Web 3.0, used to describe a potential next phase of the internet, created quite a buzz in 2021.