Conservation Of The Nilgiri Tahr: 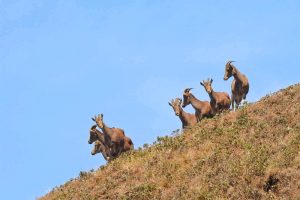 The Tamil Nadu government launched an initiative for the conservation of the Nilgiri Tahr at Rs 25 crore.