National Day For Truth And Reconciliation: 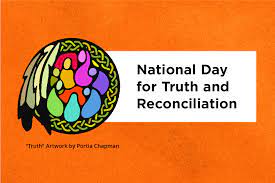 Canada marked its first ever National Day for Truth and Reconciliation on September 30 to honour the lost children and survivors of the country’s indigenous residential schools, their families and communities.