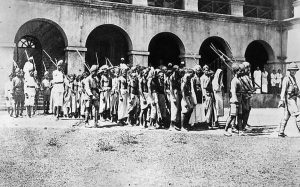 Former BJP national general secretary Ram Madhav Thursday said the Moplah rebellion of 1921 was one of the first manifestations of the Taliban mindset in India, and claimed the LDF in Kerala was celebrating it as a communist revolution.