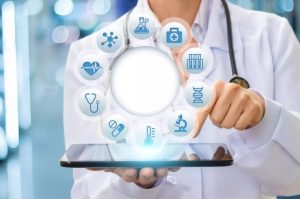 India and the US have decided on a “transitional approach” to digital service tax imposed by the government.