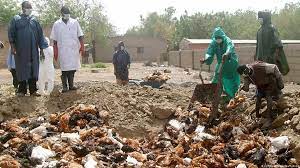 As many as 7,000 birds are being culled in Kerala’s Kottayam district following an outbreak of bird flu that has now spread to more parts of the district.