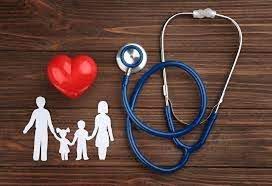 The National Family and Health Survey (NFHS)-5, the most comprehensive survey on socio-economic and health indicators in the country, has been released.