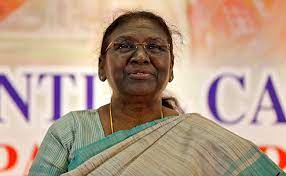 Former Jharkhand Governor and National Democratic Alliance (NDA) candidate Droupadi Murmu was elected the 15th President of India, the first tribal woman to be appointed to the position and the youngest as well.