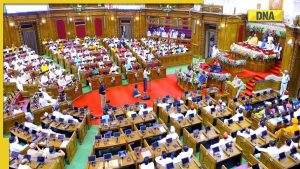 A delegation of MLAs from Gujarat visited the Uttar Pradesh Legislative Assembly in June 2022 to learn about the novel e-Vidhan system for paperless proceedings that has been recently adopted by the UP state assembly.