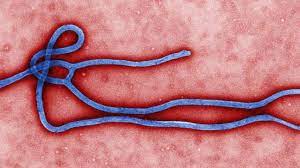 The World Health Organisation (WHO) has declared that the Ebola outbreak, that started in February 2021 in Guinea, is over now.