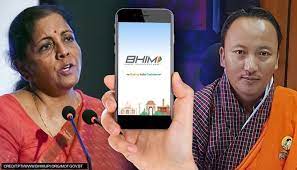 Union Minister of Finance along with her counterpart, the Finance Minister of Bhutan, Mr Lyonpo Namgay Tshering, jointly launched BHIM–UPI in Bhutan.