Member Of The Economic Advisory Council To The Prime Minister (EAC-PM): Sanjeev Sanyal 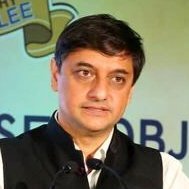 After five years as the Principal Economic Adviser to the Ministry of Finance, Sanjeev Sanyal has now been appointed as a full-time member of the Economic Advisory Council to the Prime Minister (EAC-PM).