Registration Of Press And Periodicals Bill, 2019: 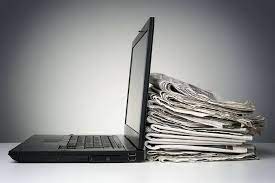