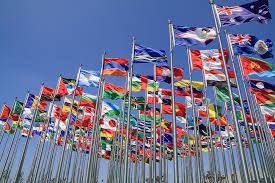 The European Union has launched a case against Beijing at the World Trade Organization (WTO) for targeting Lithuania over its stance on Taiwan.