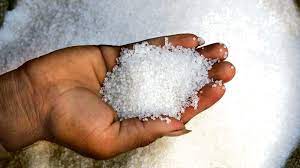 A panel set up by the Dispute Settlement Body (DSB) of the World Trade Organization (WTO) has ruled against India’s sugar subsidies.