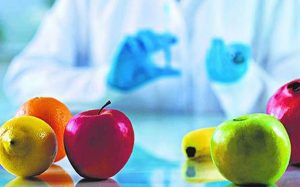 The Food Safety and Standards Authority of India (FSSAI) has released draft regulations for GM foods.

Overview of the Draft: