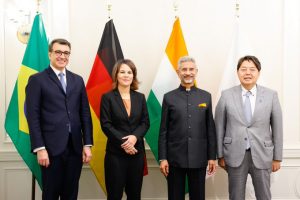 On the sidelines of the 76th session of the UN General Assembly, the G-4 countries highlight ‘urgent need’ for reform in U.N. Security Council (UNSC).

Key Highlights of the G-4 Meeting: