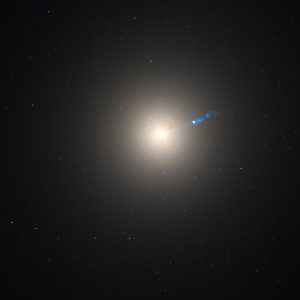 Scientists studying the galaxy Messier 87 (M87) – which surrounds the only black hole to have been imaged so far – have come up with a theoretical model of the jets of material emanating from M87.