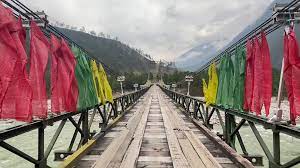 Arunachal Pradesh is planning to make a documentary about one of its most “patriotic destinations” — Kaho, a village in Anjaw district on the China border — to mark the 75th year of Independence.