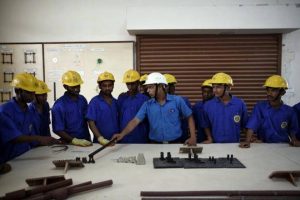 The Union Minister for Minority Affairs replied in the Parliament that a total number of 371 training centers under Gharib Nawaz Employment Scheme were opened across the country.