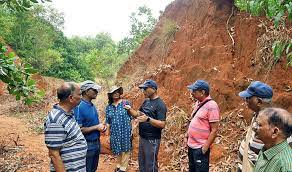 Geologists have suggested to protect the site of Coastal Red Sand Dunes, of Visakhapatnam, Andhra Pradesh.